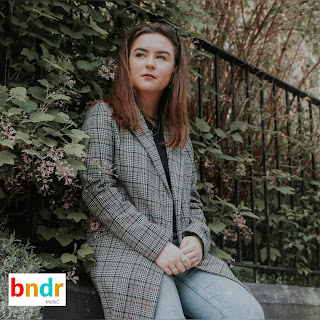 Having taught herself the guitar from the age of seven and with a little help from her Uncle, Tilly's style is rooted in modern jazz infused sounds, with artists like Tom Misch, Jordan Rakei and Charlotte Day Wilson all cited as influences.

Tilly has previously been championed by Clint Boon (formerly of Radio X) and been supported on Tom Robinson's Fresh On The Net and had appeared on the BBC 6 MUSIC Mix-tape, as well as playing his one day festival in London later last year. Currently Tilly is getting a lot of support from BBC Introducing and Dean Jackson and has appeared on the show and was picked as Radio Nottingham's track of the week.